Shutter priority mode. Used for taking pics of things slow or fast. Sports, wildlife, night city blur, any kind of blur, S-mode is king. I wasn’t going to do this assignment as quickly as I did, but I went outside and noticed the bush in front of my house was swarming with flying insects. Mostly small bees, but also some black flies and wasps. I’m not sure what to do about it. I don’t want to call someone to look at it while we’re under quarantine, so I decided to take photos instead. It was super hard. 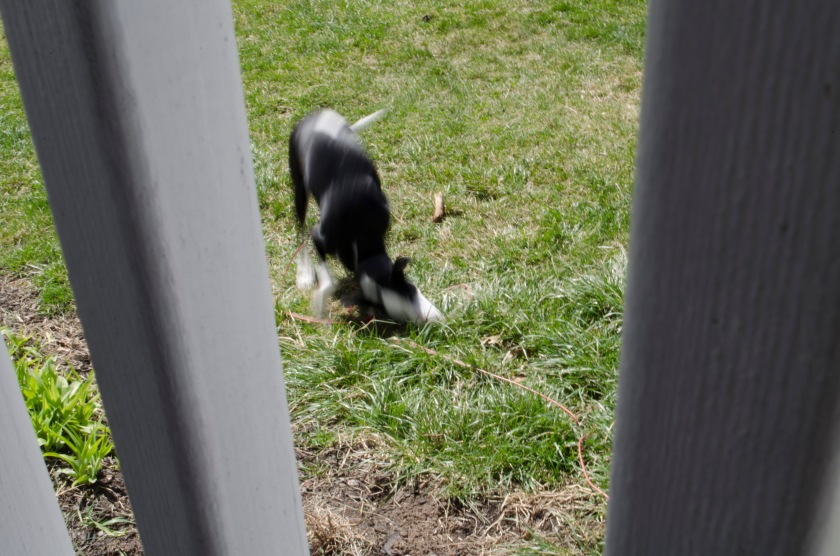 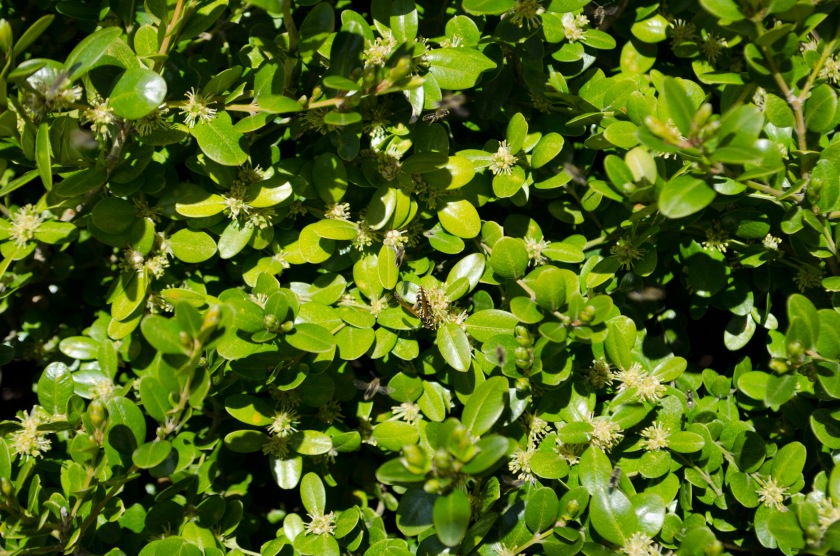 This is my first piece of wildlife photography. If you look closely at the center, there’s a bee. I used the fast shutter speed for this, hoping to capture one in the air, but it was more difficult than I expected. A telephoto lens would have been helpful here.

Kind of a cool composition, but there’s nothing here to show off the shutter speed. This was taken at a lower one to try and catch some blur from the thousands of bees and flies, but they seem too small to have made any visible effect without zooming in.

This last shot looked way better in the viewfinder than it does now. I guess that’s something I’ll have to get used to. This was also taken at a low shutter speed to try and catch the insect blur. I thought that thee was some blur here, but now I’m not so sure. It looks like a lot of the blur is just light reflecting from the leaves.

I need to take some more wildlife shots and I’d like to take a long shutter photo of the thruway or something, but there are barely any cars on it right now, so I have to wait until Covid dies. I’m not doing an assignment for full manual mode, that’s basically what I’ll be using from here on out. Something I learned doing this was that any of the settings can be changed using any of the MAPS options, so basically they’re all manual if you want them to be.  Something else I noticed was that the ISO needed to be set in all of the modes, not just P-mode. I’m probably going to use all of the settings when I shoot. I do have another lens that I should look at and play around with.